Today’s heightened cyber and physical threat climate means there is a greater need for protecting staff and customers along with intellectual property and sensitive information. Additional countermeasures must be implemented in order to guard against unauthorised physical access to an organisation by criminals, competitors, activists, terrorists, foreign intelligence agencies and media.

Access control systems, like all digital systems, need to be protected against the threat of snooping, attack and cloning of credential information. Gone are the days when a 125Khz Proximity Card and Reader system (or other systems that have been previously compromised) could provide peace of mind against these threats.

The key to achieving a secure system and to eliminate, or at least reduce, the possibility of snooping, hacking and cloning is to ensure data (both held and transmitted) is encrypted with approved crypto standards such as 3DES and AES.

There are four key areas which require encryption when it comes to access control, these include:

Protection of the data on the credential, during transmission between the card and the Smart Reader is achieved using a common-criteria certified open technology such as; MIFARE® DESFire® EV1 & EV2 and MIFARE Plus™ with techniques such as diversified keys and random UID.

Securing data on the reader requires both hardware and software protection techniques involving the NXP® chip and other encryption methods and countermeasure techniques. Ensuring the integrity of the data communication between the smart reader and the ACP can be achieved using RS485 communication with AES encrypted proprietary or Open Source Data Protocol “OSDP”.

The use of encrypted OSDP works very well where the ACP is OSDP enabled, however, many of the older panels on the market and in use today use insecure Wiegand inputs as the communication protocol between the card reader and the Access Control Panel. In this case, a decoder (sometimes called an HSM (High Security Module)) is mounted in the secure next to the ACP to decode the AES encrypted proprietary or OSDP communication to Wiegand protocol for use by the ACP.

Finally, the most critical part of any access control system is the smart reader and credential solution. A secure, therefore, a cost-effective upgrade to your organisation’s system can, in many cases, be achieved without a costly ACP upgrade or replacement. 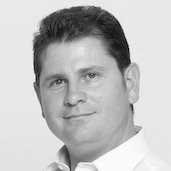